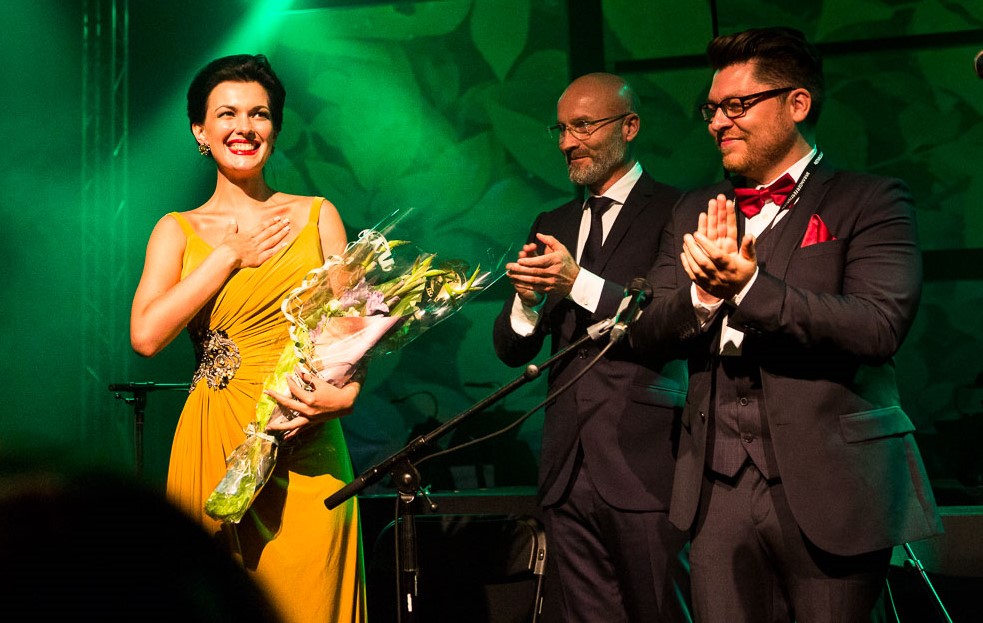 Click here to watch the film from the ceremony

“This year’s winner is especially gifted, and an opera talent with a remarkable story and a promising career ahead of her”, says Andreas Wulff, Director of Public Relations at Eni Norge. “We are pleased to see that from among many worthy candidates, the jury has chosen Lilly as deserving of the prize. We hope that the grant she receives will give her future career a boost”, he says.

Lilly Jørstad lives in Vadsø in Finnmark and has recently completed her studies at La Scala in Milan, one of the world’s leading opera houses. The Arctic Talent competition was launched jointly by the Varanger Festival and Eni Norge. The grant awarded to the winner is intended to provide a boost towards launching the careers in Norway or on the international scene of young artists from northern Norway who display exceptional potential for making an artistic and commercial breakthrough.

The grant is worth NOK 400,000 kroner and is the largest awarded in northern Norway. It’s aim is to fund career launching activities over a period of one year from its award. The prize was established in 2014 and was awarded for the first time during the 2014 Varanger Festival.

The aim of Arctic Talent is to help young musicians from northern Norway, who have ambitions and potential, to make a major commercial impact.

“We have developed a close and excellent working relationship with the Varanger Festival which is a vital musical forum in northern Norway”, says Wulff. “A lot of exciting things are happening on the musical scene in the region, and our hope is that Arctic Talent will provide a launch pad for promising musicians. We also aim to ensure that the award will contribute towards strengthening existing cultural activities, and creating new and even better experiences for the people of the region”, he says.

“It’s also exciting to see that the award embraces such a wide range of artistic genres. Whereas this year’s recipient is an opera singer, last year’s winner, Elle Maria Eira, was firmly rooted in the Sami tradition. And the first winners, the band ‘Bandet Oh!’ were in-between soul, R&B and pop”, says Wulff.

The award criteria are linked to artistic quality and the jury’s assessment of the musicians’ potential to make a commercial breakthrough. A major aim is to give artists a boost at the beginning of their careers. There is no restriction on musical genre or style, but the winner must have links with northern Norway, even if he or she is currently living or performing abroad.

The award is made by Eni Norge on behalf of the Goliat licence, and the winner is selected by a jury made up of experts from a wide variety of genres. The Varanger Festival is responsible for the following up of the prize winner.

The jury is assembled by the Varanger Festival and its members must have their main roots in the northern music scene. They must be assembled from a wide range of musical genres and have networks and expertise in both the Norwegian and international music industry.

Eni Norge is part of Eni, the Italian integrated energy company, with offices in Stavanger and Hammerfest. The company is operator for the Goliat oil field, which is the first to come on stream in the Barents Sea.