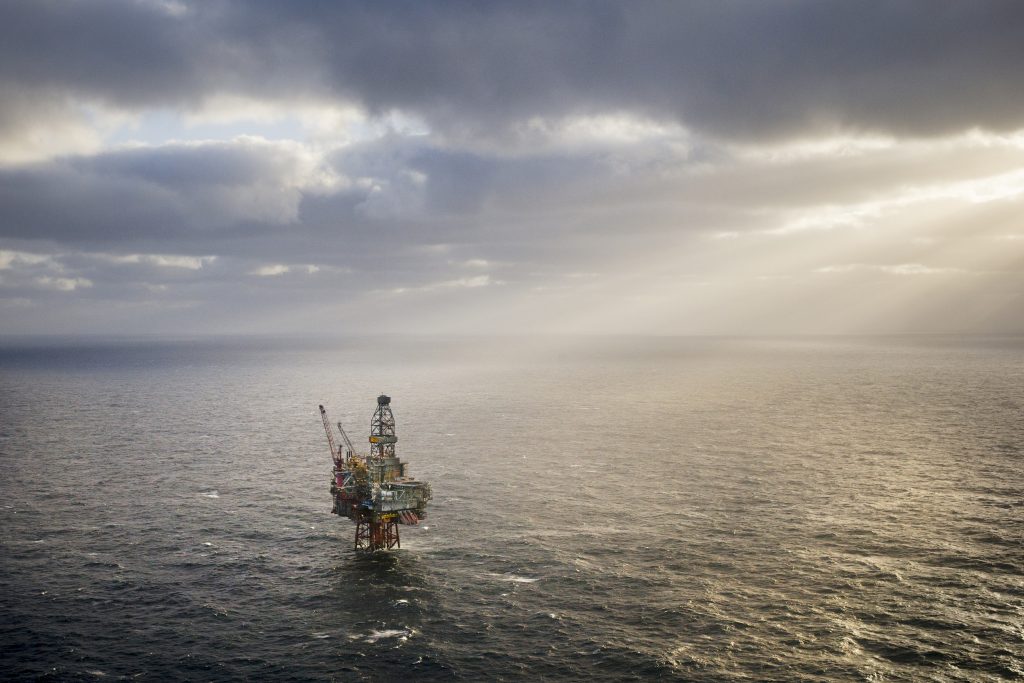 Vår Energi is officially established today, 10. December 2018, as Norway’s largest independent E&P company with a net daily production of more than 170,000 barrels of oil equivalent (boe) in 2018. Vår Energi is dedicated to exploring, developing and producing solely on the Norwegian continental shelf (NCS), with planned investments of 65 billion NOK over the next years. A key project is extending the life of Norway’s oldest license area – the Balder field – towards 2045, giving the first license on the NCS, PL 001, a life span of 80 years.

Today, after receiving appropriate approvals, the merger between Point Resources AS and Eni Norge AS has concluded.  The two companies have joined forces to create Vår Energi AS, with a new organisation of about 800 employees.

Vår Energi is the largest independent exploration and production (E&P) company on the Norwegian continental shelf, with a net production rate of more than 170 000 barrels of oil equivalent per day (boepd) in 2018. Vår Energi is dedicated to exploring, developing and producing oil and gas resources offshore Norway.

Kristin F. Kragseth has today stepped into the role as Chief Executive Officer (CEO) of Vår Energi, heading a new management of 13 professionals with extensive experience from Point Resources, ExxonMobil and Eni. Philip D. Hemmens has become Chairman of Vår Energi’s Board of Directors. More information about the management group and the company is available on a new, official website www.varenergi.no.

“We are proud to be a major E&P player on the Norwegian shelf with operated production across all major areas; the Balder and Ringhorne fields in the North Sea, the Marulk field in the Norwegian Sea, and the Goliat field in the Barents Sea. We also have an extensive onshore presence with offices in Hammerfest, Oslo and Stavanger. This position, including a robust organisation, makes the company fit for continued safe operations and future business growth,” CEO in Vår Energi, Kristin Kragseth says.

Currently the company holds ownership in 17 producing oil and gas fields in Norway. Vår Energi plans to significantly increase its oil and gas production by investing approximately 65 billion NOK in more than ten development projects over the next years, raising production levels to net 250,000 boepd in the early 2020s.

A major operated project contributing to achieve this is the redevelopment of the first NCS license area, PL 001 from 1965.  The redevelopment has been named the Balder X Project.

The redevelopment of the Balder and Ringhorne fields entails major, future project activities such as extending the lifetime of the Jotun floating production storage and offloading vessel (FPSO) towards 2045; extending the life of the Balder FPSO towards 2030; and drilling of 15 new production wells in the Balder field area and 11 new production wells in the Ringhorne field area. Key contracts for the redevelopment project will be awarded and tenders will be submitted in the near future.

“After the last years’ restructuring of the industry, Vår Energi represents a new beginning on the NCS. Backed by Eni S.p.A and HitecVision, we see major opportunities in Norway, and we have ambitious growth plans for the future. We are proud that the oldest license area on the NCS will continue to create value and provide job opportunities for future generations; benefitting Norwegian society, employees, business partners, local communities, shareholders and other stakeholders,” Kragseth highlights.

Vår Energi has reserves and resources of more than 1,250 million boe, targeting development of about 500 million boe. The company is committed to continued exploration expenditure across all parts of the NCS in the years to come.

Vår Energi holds a strategic position in the Barents Sea. The partly electrified Goliat field, with one of the lowest CO2-emitting installations on the NCS, represents the first infrastructure for oil production in the region. Vår Energi aims to further develop this potential through near field exploration activities and increased oil recovery. Furthermore, through the partnership in Johan Castberg, Vår Energi is investing heavily in the future development of Norway’s northernmost oil province.

“With our wide geographical presence on the NCS, including both mature and new assets, we have a solid portfolio representing many growth opportunities. We also have a strong operating organisation with over 50 years’ NCS experience, built on the two predecessor companies’ legacies offshore Norway from the 1960s, and two shareholderswith a long-term perspective on the NCS and a strong business development focus supporting our plans to increase and optimize the company’s footprint”, Kragseth points out.

The company name reflects future opportunities in creating values that are “ours” –Norwegian society, employees, business partners, local communities and shareholders. It also implies a new beginning for a new, leading E&P company, as Vår also means “spring” in Norwegian. Vår Energi is focused solely on the Norwegian shelf and has the capacity and competency to deliver ambitious growth plans, whilst also operating safely and sustainably.

About Vår Energi AS

Vår Energi AS is a new leading, independent E&P company on the NCS.  The company is the result of the merger of Point Resources AS and Eni Norge AS that was announced in July 2018.Vår Energi is jointly owned by Italy based energy company Eni (69.6 percent) and Norway based specialist oil and gas private equity investor HitecVision (30.4 percent). Vår Energi is the first E&P independent subsidiary of Eni, where the CEO reports to an independent Board of Directors.

Vår Energi has ownership interests in more than 100 licenses and operates oil and gas production across the entire Norwegian shelf; the Goliat field in the Barents Sea, the Marulk field in the Norwegian Sea, and the Balder, Jotun and Ringhorne fields in the North Sea. The company has a best practice operating organisation of 800 employees with over 50 years’ NCS experience, built on the previous companies’ legacies offshore Norway from the 1960s.

About Eni Norge AS

Eni Norge AS was founded in 1965 as Norsk Agip and took an active role on the Ekofisk field from 1971. Eni Norge discovered Goliat in the Barents Sea in 2000. The company was operator of two fields in production; Marulk (since 2012) and Goliat (since 2016). Eni Norge had ownership interests in 55 licenses on the NCS, operator of 12 licenses, of which 7 are located in the Barents Sea.

Previous official company website www.eninorge.com has been redirected to www.varenergi.no

About Point Resources AS

Point Resources AS was established in January 2016 following the merger of HitecVision portfolio companies Core Energy, Spike Exploration and Pure E&P. In 2017, Point Resources acquired the Norwegian operated business of ExxonMobil, including the transfer of an organisation of 300 employees with more than 50 years’ legacy of NCS operations. The company was operator of the Balder, Jotun and Ringhorne fields. Point Resources had ownership interests in about 50 licenses, of which it was the operator of 11 licenses, including the historic license PL 001 – the first license awarded on the shelf in 1965.

Previous official company website www.pointresources.no has been redirected to www.varenergi.no