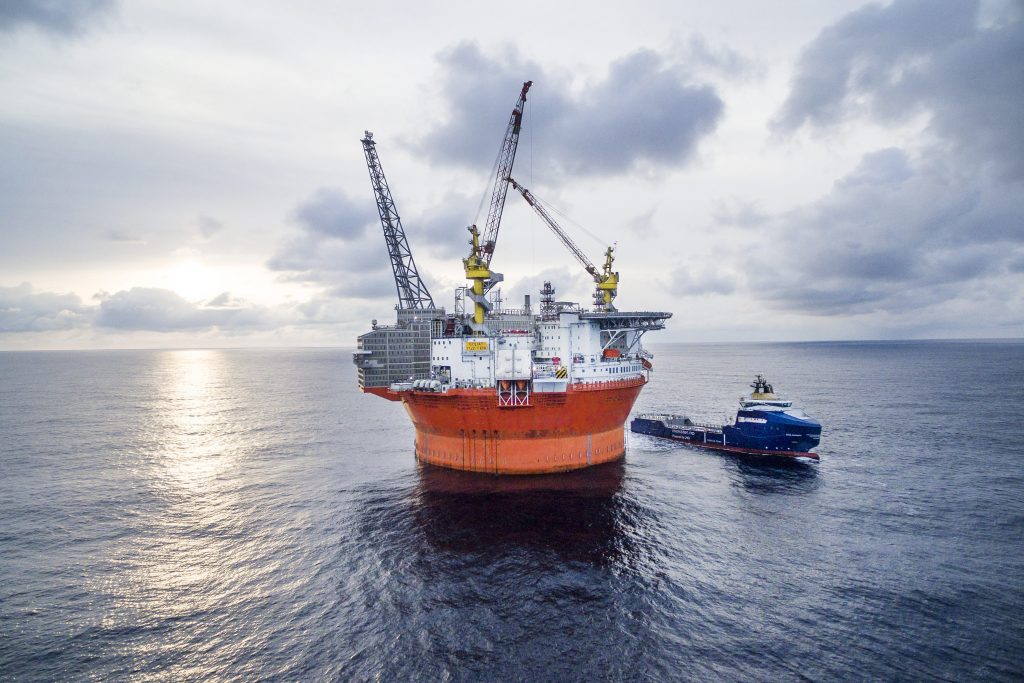 Successful appraisal well in the Goliat licence in the Barents Sea

The resource estimates on Goliat continues to increase. Vår Energi AS has together with license partner Equinor completed an appraisal in PL 229 in the Barents Sea through the successful drilling of the 7122/7-7 S Goliat West appraisal well.

The appraisal well 7122/7-7 S is located about 2 km south of the Goliat FPSO and 80 km northwest of Hammerfest, in the southern Hammerfest Basin.  The well was spud on 28th November in a water depth of 379 m with the West Hercules semi-submersible drilling rig. The Goliat West well was drilled in an untested fault compartment westward of the field to prove additional resources.

The target of the well was the Lower Jurassic/Upper Triassic reservoir sandstones of the Tubåen and Fruholmen formation in the Realgrunnen sub-group. The well was drilled to a vertical depth of 1240 m below sea level, and reached TD in the Upper Triassic Snadd Formation. Two levels of hydrocarbon bearing sandstones were encountered in the Realgrunnen sub-group at original pressure and hydraulically separated from each other. The accumulation is separated from the main Goliat Field.

The Tubåen Reservoir is about 10 m thick and has been encountered gas and oil bearing with excellent reservoir properties; the hydrocarbon column in the Tubaen Formation is estimated to range between 18m to 60m. The Lower Reservoir has been found oil-bearing and is composed of several sandstone layers with good reservoir properties and a minimum hydrocarbon column of 35 m. Extensive data collection and fluid sampling was carried out in all the targets.  The well has been permanently plugged and abandoned.

Resource estimates for Goliat before the drilling of the well had already increased to 31.5 Mscm of oil equivalents (198 Mbbl), from 28.0 million Mscm (176 Mbbl) at the time of the PDO. Goliat West will further increase the resource estimates on Goliat.

– Goliat is the first infrastructure for oil production in the Barents Sea and is of strategic importance for further development of the region. The history of the Norwegian continental shelf demonstrates that development of smaller discoveries are progressed once infrastructure is in place, says Kristin Kragseth, CEO in Vår Energi. The Goliat West discovery will add to the profitability of Goliat and provides evidence for the future potential for this part of the Barents Sea. I am very pleased that we can start the year in this way  for Vår Energi and that our near field exploration strategy for the Goliat area is paying off, says Kragseth.

– The Goliat West appraisal well is a successful outcome of Vår Energi’s near field exploration strategy, which will enable a fast-track development of incremental reserves through a subsea tieback to the Goliat FPSO, increasing the oil recovery in the area and extending the production horizon for the Goliat field, says Denis Palermo, VP Exploration in Vår Energi.

– This will benefit not only Vår Energi and our shareholders, but also the Norwegian society and the Hammerfest region in particular”, concludes Kragseth.

Vår Energi operates PL 229 and the oil producing Goliat field with an interest of 65 per cent, together with Equinor Energy AS as partner.