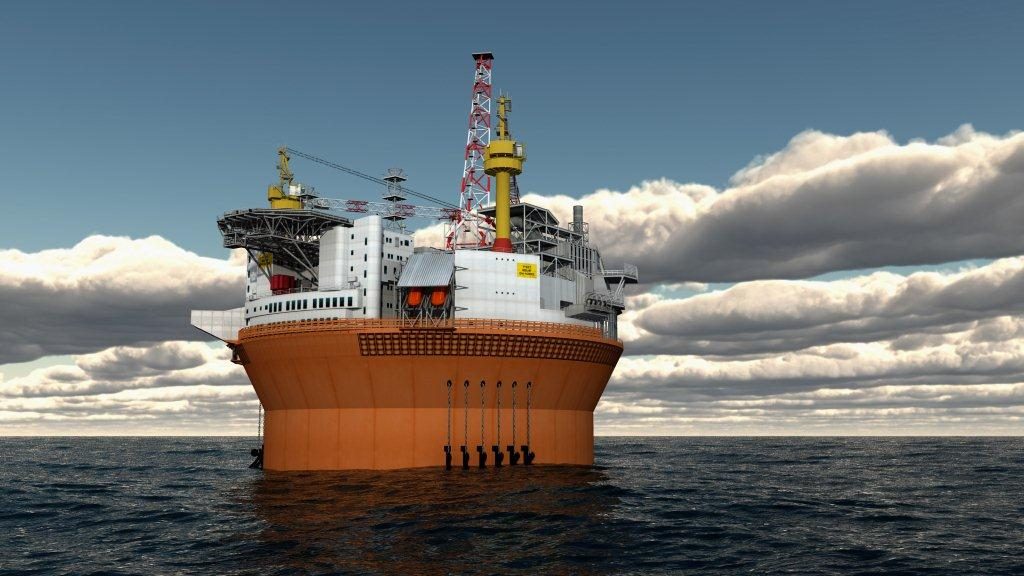 The licence chooses the second contractual transport window available; full commissioning will now be completed at the Hyundai yard, leading to a fast ramp up to peak capacity.

The Goliat FPSO will depart the Hyundai yard in South Korea in early 2015, a decision taken at a licence meeting on Friday 16 May.

The licence has therefore decided to utilize the second transportation window already contracted with the Dockwise Vanguard vessel, and to complete commissioning of the FPSO in the Hyundai Heavy Industries shipyard in South Korea. Production start-up is targeted for mid-2015. A fast ramp-up to steady production is expected, given the opportunity to test and finetune the FPSO before it leaves South Korea.

Goliat will be the first oil field to come on stream in the Barents Sea, and as such the project incorporates several technical innovations designed to ensure safe and robust operation. The platform has been specifically tailored to Arctic conditions.

The FPSO has reached an advanced stage: work on the hull is finished, topsides are reaching mechanical completion, and commissioning activities are progressing steadily in parallel. The final activities, related to sea trials, are expected well before sailaway. The licence remains fully satisfied with the quality of construction received from Hyundai. In parallel, the other parts of the project – drilling, installation of subsea – are progressing steadily in Norway.

Key contractual provisions for the new schedule are already in place.

Project economically robust
The Plan for Development and Operation (PDO) for the Goliat field was submitted in 2009, in a period during which the oil price was much lower than it is today, with correspondingly low levels of activity in major parts of the supply chain, both in Norway and globally.

Project cost estimates are now around NOK 45 billion, with an increase in line with the industry trend, despite the fact that since 2009, industry costs have increased substantially and the unique nature of this project required additional activities. Project economics are robust, as the deferral of production volumes has limited impact on profitability at current price scenario.

Impact in Norway
The level of investment in the Goliat project is having a major impact on the Norwegian petroleum industry. About 60 per cent of the value of development contracts has been awarded to Norwegian suppliers. For example, both the platform concept and subsea installations are Norwegian.

Goliat is also contributing to a number of important spin-offs to communities in northern Norway affected by the project, strengthening the oil and gas cluster in Finnmark.

Field development is based on major EPC contracts for the supply of subsea production systems, pipelines and risers, a floating production, storage and offloading platform (FPSO), and a power cable connecting the platform to the mainland.

Eni Norge AS is operator of the field with a participating interest of 65 per cent. Statoil owns the remaining 35 per cent as partner. Goliat is planned to produce 170 million barrels of oil during a production lifetime of 15 years. Eni Norge is part of Eni, an Italian integrated energy company with operations in more than 80 countries.