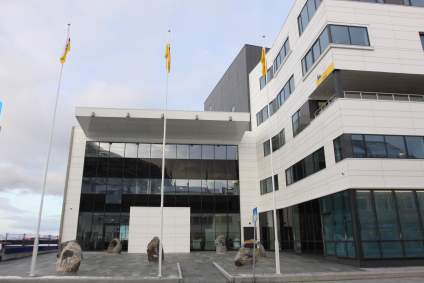 Eni Norge consolidates its position in the Barents Sea

Today, Eni Norge is opening its new operations centre in Hammerfest – an event which marks a further expansion of the company’s activities in northern Norway

Eni Norge consolidates its position in the Barents Sea:

“Strategically, northern Norway and the Barents Sea are key areas for Eni Norge”, says Managing Director Andrea Forzoni. “We have been active here since the beginning of the 1990s, and we will continue to increase our efforts in the future, both offshore and subsequently in connection with activities onshore” he says.

Forzoni believes strongly that new oil and gas discoveries will be made in the Barents Sea, and that the establishment of an operations centre in Hammerfest is crucial if Eni Norge is to get to grips with the industrial growth anticipated in the region.

Goliat is the beginning
Goliat is planned to come on stream next year, and will be the first oil field in the Norwegian Barents Sea to be put into production. This is the field which the 60 or so Eni Norge personnel in Hammerfest will be managing in the years ahead. The organisation will also assume responsibility for future field developments in the area. The new office building has room for 120 personnel.

“We have strict requirements when it comes to safe and efficient operations”, says Forzoni. “This is why the entire Goliat project has its technical systems tailor-made and adapted to Arctic conditions. In the light of this, the new operations centre will enable the consolidation of expertise and a strengthening of specialist centres both in Hammerfest and the region as a whole”, he says.

Strong portfolio in the Barents Sea
As well as Goliat, Eni Norge is a stakeholder in 17 licences in the Barents Sea, and operator in ten. For example, the company has a 30 per cent stake in the Johan Castberg field and is among those oil companies investing most heavily in northern Norway.

“With Goliat and Johan Castberg in our portfolio, Eni Norge now expects to be active in the Barents Sea for several decades”, says Forzoni. “The new operations centre in Hammerfest guarantees us a firm foothold at an early phase in this highly promising oil and gas region”, he says.