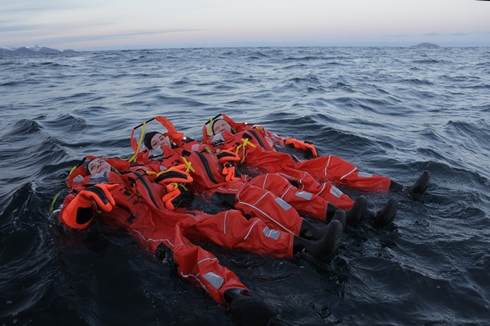 The portal oljevern.no contains a series of new and re-edited videos and animations explaining the organisation of Norwegian oil spill contingency strategies.

The web portal oljevern.no is an initiative launched jointly by Eni Norge and Statoil, who are partners in several exploration and field development projects in Norwegian Arctic waters. The companies are collaborating on projects including the development of the Goliat field in the Barents Sea.

The portal contains a series of new and re-edited videos and animations explaining the organisation of Norwegian oil spill contingency strategies used in the oil and gas industry. Research and development over many years linked to the Goliat field project, which is the first oil field development in the Barents Sea, has generated several innovations in the field of Norwegian oil spill contingency, and these will also be presented in some detail.

The information in articles and presentations on this portal represents a combination of the companies’ own material and information available from other sources. Relevant articles contain references to external sources and in this way we hope to make the information from such sources as easily accessible as possible.

Statoil and Eni Norge are both members of the Norwegian Clean Seas Association for Operating Companies (NOFO). NOFO establishes and maintains oil spill preparedness on the behalf of the operating companies. The portal oljevern.no is intended to be a supplement to information published by the specialist groups.

The operators on the Norwegian shelf also carry out a range of activities designed to improve contingency measures. An example of this is the collaboration taking place between Statoil and Eni Norge in about 30 research and development projects aimed at improving Norwegian oil spill contingency measures. Several of these initiatives have resulted in specific improvements in equipment and methods which are now being brought into operation as part of oil spill contingency.

If you require further information, your contact representative at Eni Norge is
Tom Gederø.
E-mail: tom.gedero@eninorge.com