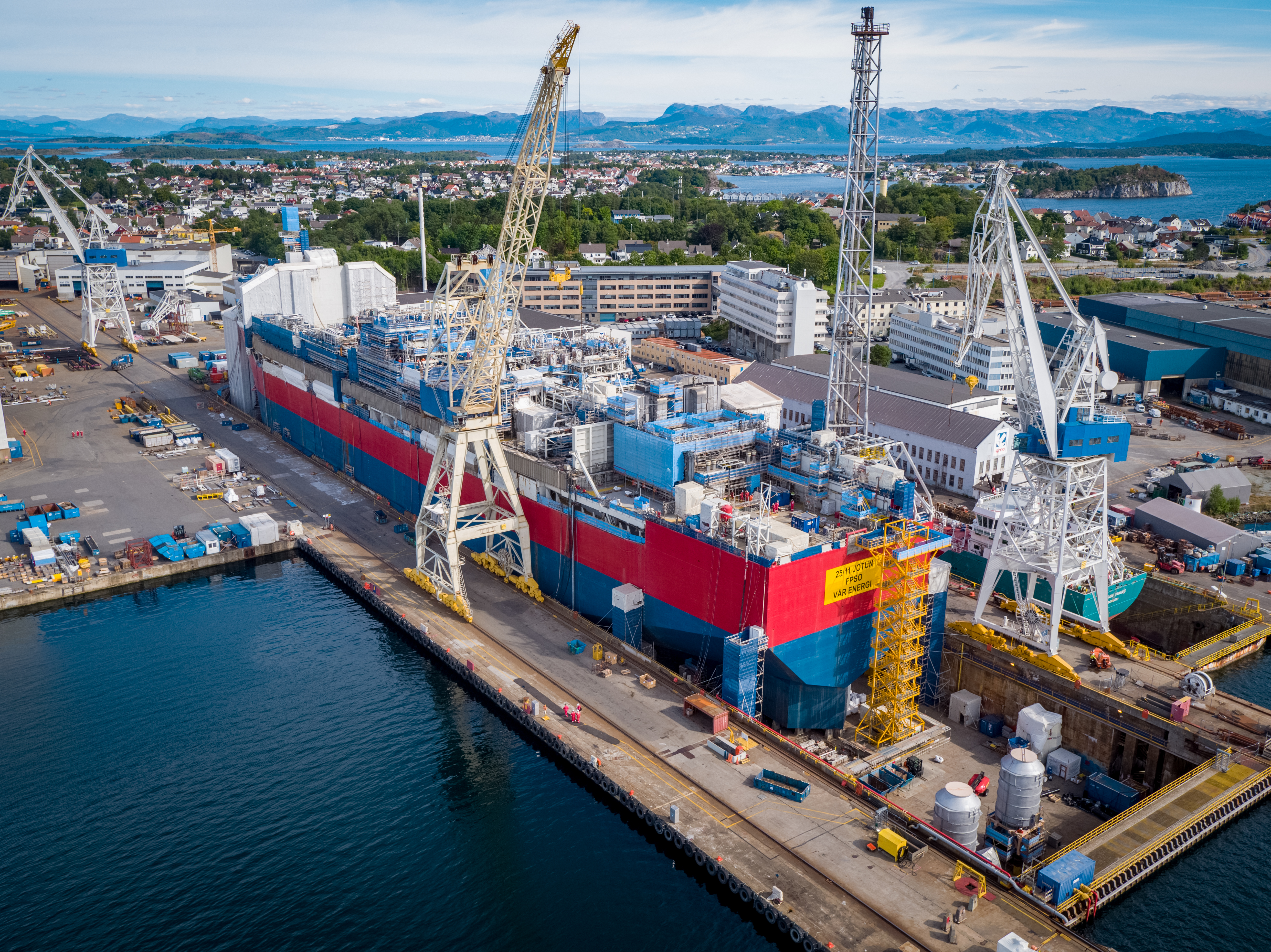 Sandnes, Norway, 19 September 2022: Vår Energi ASA (OSE: VAR) today provided an update on the progress for the Balder X development and a revised cost estimate which reflect increased scope of work, the continued impact from global supply chain challenges, Covid-19 and schedule change. The Company’s production target of more than 350,000 boed by the end of 2025 is unaffected.

Balder X, which comprises Balder Future and the Ringhorne Phase IV drilling projects, is set to extend production from the Balder Hub to 2045 and support development of new nearby discoveries by upgrading existing infrastructure and drilling of new wells. A baseline project review has identified additional gross investment requirements of USD 1.2 billion*(NOK 11.5 billion), bringing the total estimated gross project cost to USD 4.3 billion (NOK 40.7 billion). First oil from Balder X is now expected in the third quarter of 2024, compared to previously late in 2023.

The revision will not impact the 2022 CAPEX guidance and the Company maintains its dividend guidance for 2022 and long-term dividend policy. The main production impact from the revised schedule is expected in 2024, however partly mitigated by a faster ramp-up of production as more Balder Future production wells are expected to be ready for start-up. The Company also expects the majority of incremental capital expenditure to be incurred in 2024.

“We are committed to the safe execution of the remaining project scope to complete the refurbishment of the Jotun FPSO as efficiently as possible. Balder X remains a highly profitable project which is expected to increase the Balder Hub gross production to over 70,000 barrels of oil equivalents per day at peak with an attractive break-even price,” said Torger Rød, CEO of Vår Energi.

The new cost estimate and schedule change are mainly related to Balder Future, with increased scope and additional engineering and construction work on the Jotun FPSO lifetime extension. External factors including Covid-19, challenging weather conditions for drilling and offshore activities, and commodity and services price inflation have to some extent impacted the overall project. Key focus areas are to ensure progress and cost control for the remaining part of the project.

Balder X is expected to unlock an estimated 143 million barrels of recoverable reserves. Once the Jotun FPSO is re-installed and connected to the Balder Future production wells, it will tie in the new Ringhorne wells. Furthermore, the King and Prince discoveries announced in 2021, estimated to hold additional 60-135 million barrels of oil, are being considered for tie-ins to the Jotun FPSO. Vår Energi is also evaluating new exploration prospects in the highly prolific Balder area.

“The Balder Hub will remain a significant contributor to the long-term value creation from the Norwegian Continental Shelf. Balder is part of the first production license awarded in Norway and has since 1999 produced approximately 500 million barrels of oil and gas equivalents, contributing to European energy supply security and to the development of the Norwegian society. We see a potential to increase the production from the greater Balder area up towards 1 billion barrels based on planned projects, recent discoveries and adding risked exploration resources,” said Rød.

The revised cost estimate and schedule will be included in Norway’s National Budget for 2023 to be published 6 October 2022.

Vår Energi is a leading independent upstream oil and gas company on the Norwegian continental shelf (NCS). We are committed to deliver a better future through responsible value driven growth based on over 50 years of NCS operations, a robust and diversified asset portfolio with ongoing development projects, and a strong exploration track record. Our ambition is to be the safest operator on the NCS, the partner of choice, an ESG leader and a net-zero producer (Scope 1 and 2) by 2030.

Vår Energi has more than 900 employees and equity stakes in 36 fields producing net 246,000 boe per day in 2021. We have our headquarters outside Stavanger, Norway, with offices in Oslo and Hammerfest. To learn more, please visit varenergi.no.

This information is considered to be inside information pursuant to the EU Market Abuse Regulation and is subject to the disclosure requirements pursuant to Section 5-12 the Norwegian Securities Trading Act. This stock exchange release was published by Ida Marie Fjellheim, Head of Investor Relations at Vår Energi ASA, on 19 September 2022 at 07:00 CEST.

This announcement may include projections and other "forward-looking" statements within the meaning of applicable securities laws. Any such projections or statements reflect the current views of Vår Energi ASA ("Var Energi") about further events and financial performance. No assurances can be given that such events or performance will occur as projected and actual results may differ materially from these projections. Var Energi undertakes no obligation to publicly release any revisions to these forward-looking statements to reflect events or circumstances after the date of this announcement.